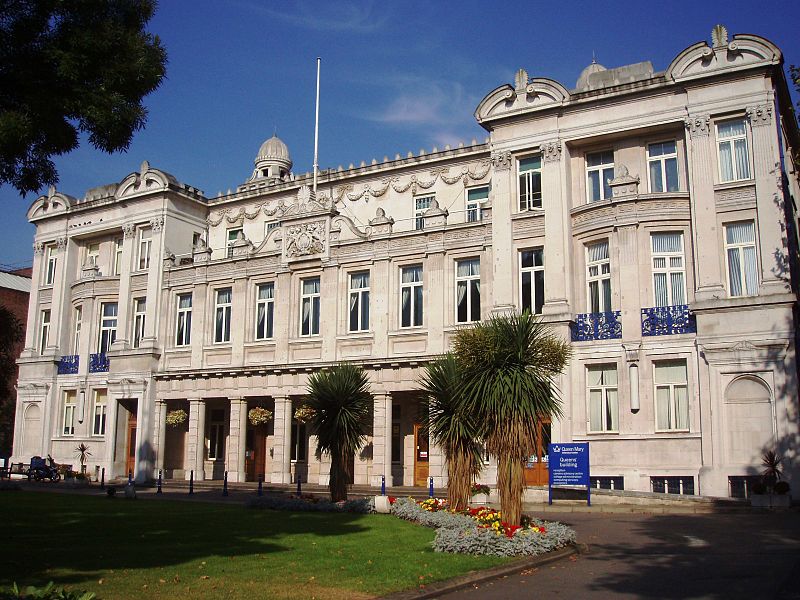 Queen Mary University of London (QMUL) is an integral part of the East End of London. QMUL was founded in the mid-Victorian era by a philanthropic organisation known as The People’s Palace devoted to bring culture, recreation and education to the people London’s East End. The university evolved around The People’s Palace, the central clock-tower building on the Mile End Campus.

Besides a calendar of social events and facilities, the People’s Palace also established Technical Schools to train a new generation of tradespeople for the key industries of east London. As the success of the People’s Palace Technical Schools grew, it was decided that teaching would be extended in the sciences and introduced in the arts and humanities. Awarded its own Royal Charter by Queen Mary of Teck, the institution originally took the name Queen Mary College. In the latter half of the 20th century it merged with Westfield College, an early pioneer of women’s education, and St Bartholomew’s and the Royal London School of Medicine and Dentistry.

Today, teaching and research at Queen Mary University of London spans three faculties: Humanities and Social Sciences; Science and Engineering; and Barts and The London School of Medicine and Dentistry. The main campus is in Mile End (East London) with other campuses in Holborn, Smithfield and Whitechapel.

QMUL hosts an international community, which includes 23,120 students in total (16,993 undergraduates and 4,842 postgraduates) from 162 nations around the globe. A further group of 3,400 students undertake joint programmes overseas in China (Nanchang and Beijing), Greece (Pireaus) and France (Paris).

To read about the history of EPR at Queen Mary University of London click here.

The conference will be held on the Mile End campus, in the historical Queen’s Building (pictured above) and the brand new Graduate Centre.

Conference talks, coffee breaks and poster sessions will be held at the graduate Centre. The 200-seat Peston lecture theatre enjoys natural light and the foyer (that include a Starbucks café) provides an open space for discussion. Completed in 2016, the seven-storey building includes 7,700 square metres of new learning and teaching space. The spaces and working areas of the Graduate Centre were specifically designed bearing in mind the needs and working patterns of QMUL postgraduates. In addition, it is the home for the School of Economics and Finance, the Doctoral College and the Research Degrees Office. The top floor offers a panoramic terrace with magnificent views of Canary Wharf and The City of London.

The conference banquet, lunches and dinners will be hosted in the Octagon (pictured below), part of the Grade II listed Queen’s Building. Formerly the library, the Octagon was built in 1887 and designed by Victorian architect ER Robson who was inspired by the Reading Room at the British Museum. In 2006, the room was fully restored and brightly coloured leather bound books have been reinstated to the bookshelves with busts of famous literati looking down from the high domed ceiling, creating an atmospheric setting.

Built in the early 19th century and with a span of 13.8 km, the Regent’s Canal provides a link between the Paddington Basin in West London to the Limehouse Basin and the River Thames in East London. Nowadays, it is a popular destination for pleasure cruising with waterbus services running regularly between Maida Vale and Camden. As environmental awareness develops, commuters are increasingly using the canal as a safe and alternative route to work.

Extending to Victoria Park, Regent’s canal is a perfect destination for runners or those seeking some fresh air during conference breaks.

Victoria Park – colloquially known as Vicky Park – is the oldest public park in London, every year it is visited by some 9 million people, both locals and tourists. For the past 170 years or so it has provided relaxation, sport grounds (including tennis courts) and recreation. Together with the Regent’s Canal, Mile End Park and the new Queen Elizabeth Olympic Park, Victoria Park is part of a green corridor that stretches from Limehouse to the River Thames. Vicky Park has become famous for hosting open-air music festivals that attract large crowds. The park is open daily from 6am to dusk.

Geographically, East London spans the area lying east of the City of London and north of the River Thames. It has always been a diverse area and its history began in medieval time with the development of the parishes surrounding London at east. During the industrial revolution, London started to expand beyond its City Walls as the industries associated with the River Thames prompted the growth in the East. In the late twentieth century the shipping building and dock industries declined and East London is now living a period of regeneration. With the 2012 Olympics games all of East London has experienced an economical burst and it is now attracting talents in the arts, tech and science sectors.

This picturesque street runs parallel to the River Thames in Limehouse. The area was renowned for supplying ships with ropes, pottery and other goods. It was also home to the original London Chinatown, before the Chinese community moved to Soho in the aftermath of the heavy bombing during World Ware II. Narrow Street was once just half of its present width and indeed its name comes from the closeness of the original buildings, which stood barely a few metres apart on each side of the street. The north side was demolished in 1977 giving Narrow Street its current appearance. The Grapes, one of London’s oldest pubs with a history of ca. 500 years and Charles Dickens as patron, overlooks the Thames and has been recommended in the Good Pub Guide since 1996.

This is a very popular street market open on Sunday only (8 am – 2 pm). The market has a long and rich history, having first opened around 1830. It was originally a Saturday market but an Act of Parliament moved it to Sunday to accommodate the needs of the Jewish traders. A large selection of plants, bulbs and cut flowers is available as well as deli stalls and antiques – and often live music. Due to the strong visual impact the market is also very popular as a filming location.

Brick lane is the heart of London’s Bangladeshi-Sylheti community and is sometimes called “Banglatown”, it is renowned for its many curry houses. Additionally, Brick Lane Market is a flea market selling bric-a-brac, antiques and vintage clothing at bargain prices. It is open on Sunday between 10 am and 5 pm.