Electron Paramagnetic Resonance Spectroscopy has a long and rich history at Queen Mary University of London. EPR commenced in the late 1970’s, at what was then Queen Mary College, University of London (QMC). A Bruker 200D X-band spectrometer was purchased for an Intercollegiate Research Service based in the Chemistry department, funded by the University of London. Keith Sales was the member of academic staff supervising the service, which was operated by Dr Duro Odowole. There was a steady stream of publications acknowledging the use of this facility up until the late 1990’s. The main research topic was the dating of archaeological samples using the ESR signal resulting from gamma radiation, although other systems were also studied. Dr Chris Rhodes was another EPR spectroscopist appointed as a member of staff in the department of Chemistry in 1989, who was then promoted to a research professor position at Liverpool John Moores University in 1994. 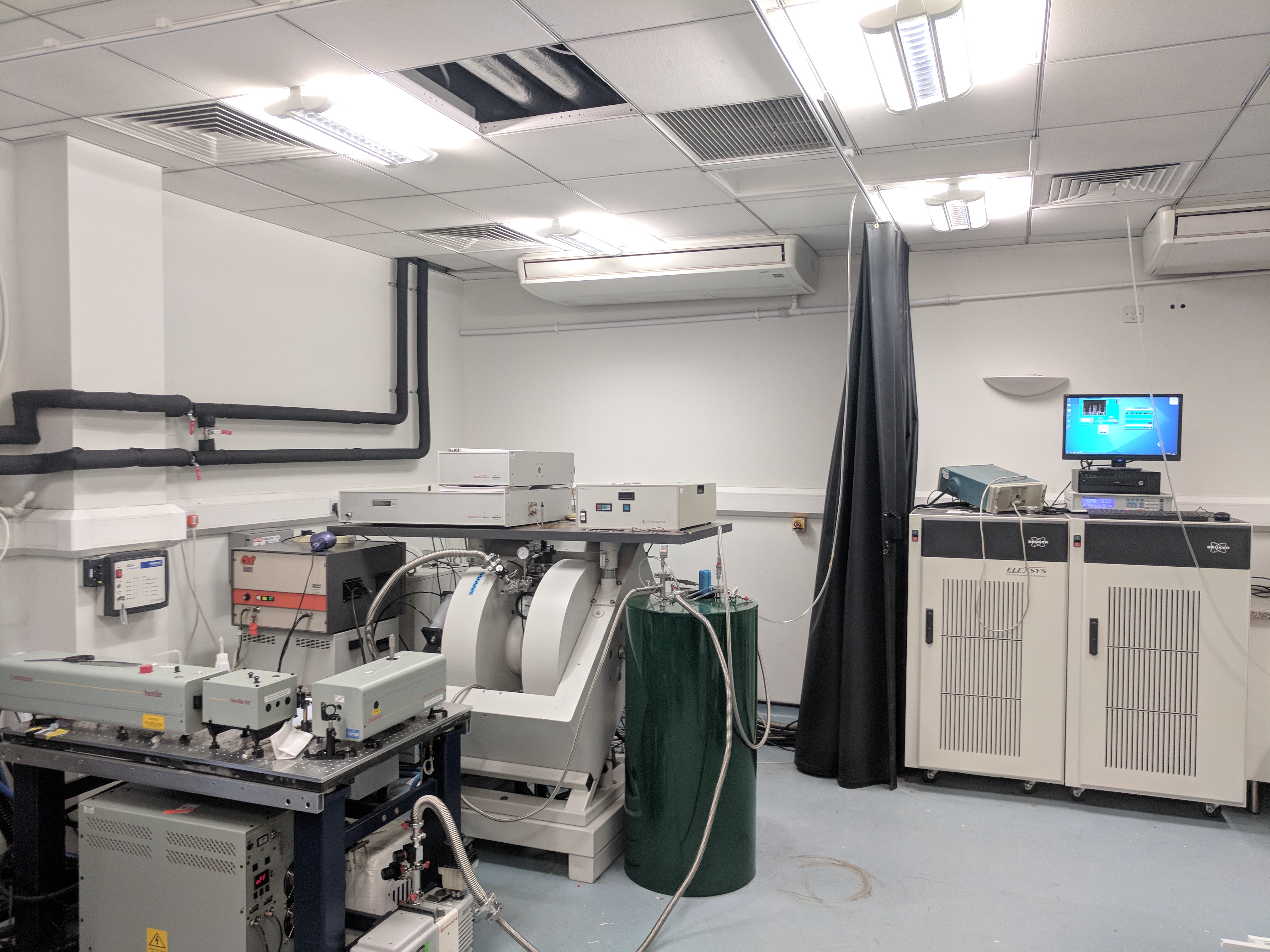 Peter Heathcote moved to the School of Biological Sciences at QMC in 1984, using electron paramagnetic resonance spectroscopy to investigate electron transfer and protein cofactor interactions in photosynthetic reaction centres. Steve Rigby, who brought with him an expertise in Electron Nuclear Double Resonance (ENDOR) Spectroscopy, joined him in 1995. Both Peter and Steve used EPR facilities at University College London (in collaboration with Professor Mike Evans) and King’s College London (with Professor Richard Cammack). In 2001 they were successful in obtaining funding from the Science Research Infrastructure fund to purchase a Bruker Elexsys E500 X-band continuous wave (CW) spectrometer, which was subsequently upgraded to an E580 pulsed EPR spectrometer operating at X and Q-band. The research using these facilities expanded into studies of respiratory chain complexes (with Professor Peter Rich at UCL) and enzymes and intermediates in tetrapyrrole biosynthesis (with Professor Martin Warren who had joined QMUL).

Steve Rigby moved to become a Reader at the University of Manchester in 2009. Dr Maxie Roessler was appointed as a Lecturer in Chemistry and Biochemistry in the School of Biological and Chemical Sciences in 2013, with a research background in EPR spectroscopy applied to large metalloenzymes such as hydrogenases and respiratory complex I. In 2015 Dr Enrico Salvadori was appointed as the EPR Facility Research Fellow and brought an expertise on photoexcited transient species ranging from photosynthesis to materials science. The X-Q-band spectrometer now features a close-cycle cryostat (Cryogenic) and a tuneable OPO laser enables photo excitation in situ and Maxie and Enrico are committed to developing the EPR facility at QMUL into a cross-faculty research centre spanning chemistry, biochemistry and materials science.